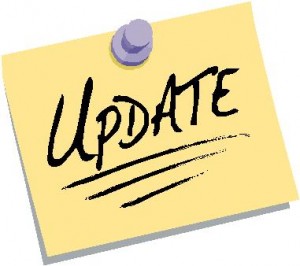 Hi, its been a while since I posted anything bike related or updated the BBR site. The good news, I have been really busy with work for the past 2 years, but also diving into another passion of mine, DJing (not dirt jumping). I have been a DJ for over 20 years.  Though life is still busy for me, I want to start updating the site on a regular basis again. I just want to remind everyone, I haven’t forgot about you guys. Hopefully I can really start riding again next year, and reconnect with my BBR family again.

If you’re curious about my DJing, check me out at deejaysoul.com How serious are the police taking their promise to slow down speeding bikers in Prospect Park? So seriously they are following the Daily News’ lead and actively try to enforce the speed limit in the park. Still, “We’re not going to be jumping out of trees, ticketing for little things like wearing headphones,” an NYPD spokesman told the Brooklyn Paper.

In particular the police and Parks Enforcement Patrol officers—who appear to have been out in force last weekend—are going to be looking for fast bikers going above the 25-mile-per-hour speed limit and those who cycle against the flow of traffic. Especially, according to 78th Precinct commanding officer John Argenziano, on the stretch along the downhill part of West Drive near the Vanderbilt Playground where multiple pedestrians have been hurt this year.

Beyond handing out tickets, the police and PEP have also been handing out flyers with information for cyclists:

The addition of ticketing cops in the park comes after the Department of Transportation placed barrels on the offending hill to try and slow cyclists down. But is it working? If you’ve been in the park lately tell us, have you noticed any difference in the speed and attitude of its cyclists? Has the increased attention made any pedestrians feel safer?

Contact the author of this article or email tips@gothamist.com with further questions, comments or tips.
SOURCE: http://gothamist.com/2011/12/02/police_plan_to_start_ticketing_spee.php