Today another bike was stolen in the Bronx, it was my former frame, a '06 Yellow Clifcat w/26" wheels, and a DJ1. 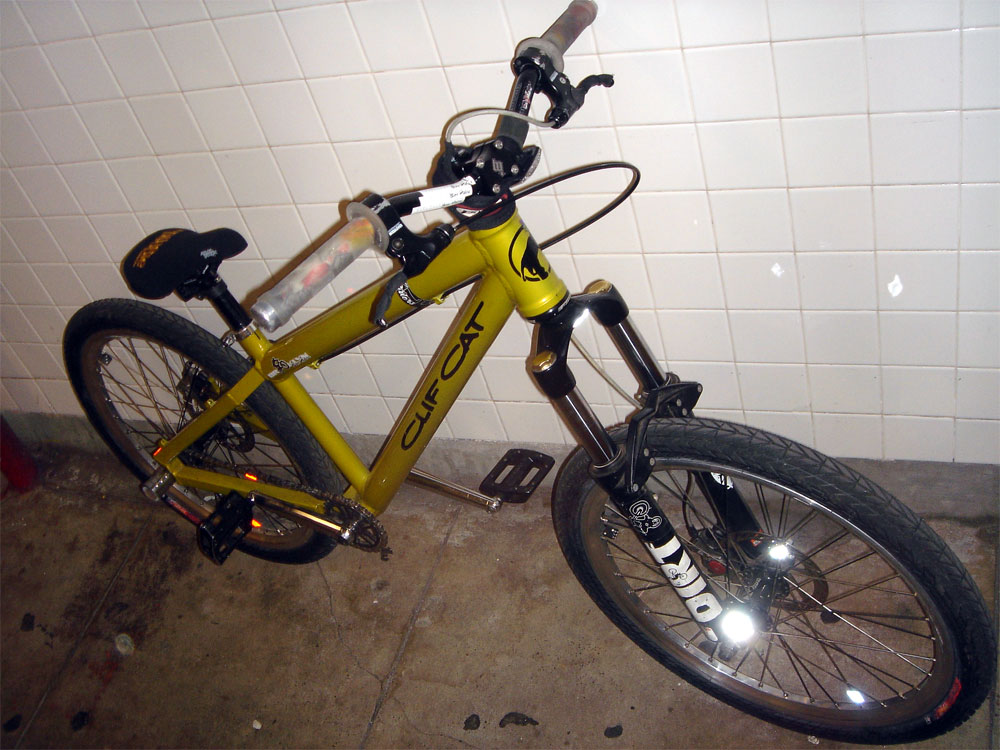 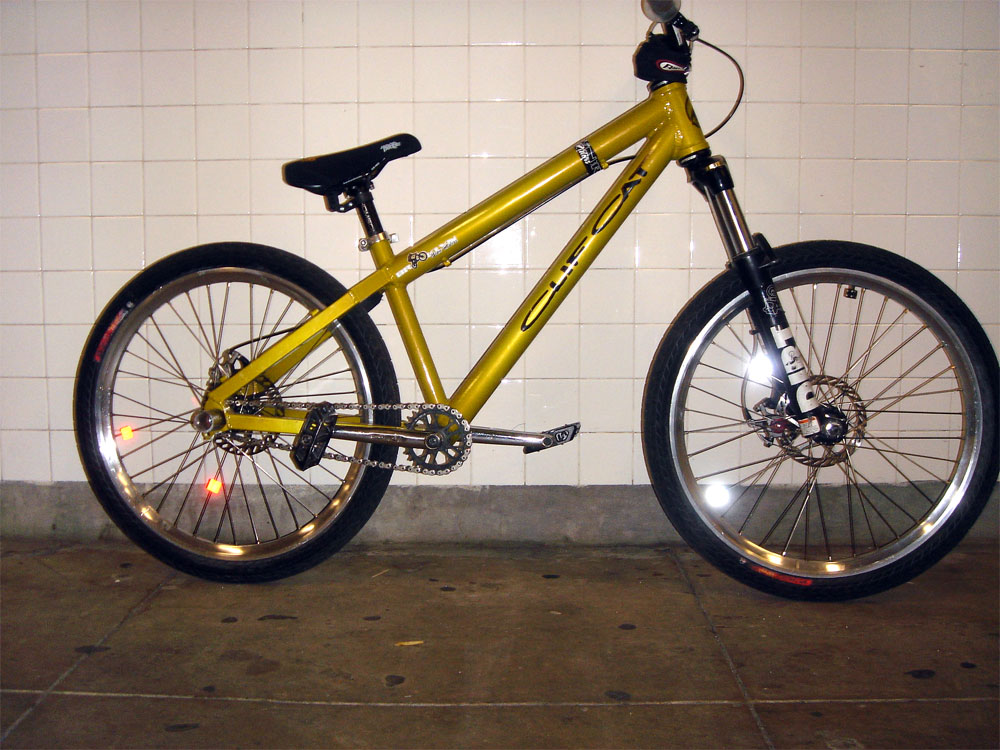 Another bike was stolen last week on Johnson and 238th outside a pizza shop. It's one of a kind silver Intense Tazer with a M1 rear-end, boxxer WC up front, silver deemax wheels, xt brakes, mrp chainguide with large drilled holes in the bash plate.

If you see these bikes on the streets,  dont forget to trace the thieves with white chalk because they are goners for taking these bikes.

Oh btw call the cops if you do see the bikes, follow them, whatever just do something, imagine if these were yours and what would you do if ours gone stolen…

I always going to the bike shop even if Im not getting my bike worked on. There's always something cool to check out in personal and make you drool…

END_OF_DOCUMENT_TOKEN_TO_BE_REPLACED

NYC Freeride has reopen shop. They have a site, new blog and new products to come, ie, light-weight RaceLites.

Tioga originally made the classic Comp3 pattern years, they were the tires of choice if you raced. For a long time the tires were available only in 20" & 24" sizes, but if you rode 26", only the Cheng Shen's knockoff were out. There's were okay, till you hit the brakes and wore out the the tires in a month. Now Atomlab , has step in to fill the void for those who tires that stand up to the daily abuse of their dirt riders, who who didnt want run a heavy DH/FR tire anymore. There will be sizes available 26"x2.1" (summertime) and 26"x2.3" (in March). Look out for them.

Latey there seems to a lot of interest bbr members going back to their bmxroots, and I have been doing the same. Its been over twenty years since I owned a 20" bmx, since I got robbed for it waiting for a train in Williamburg. I put a lot love and thought in to that bike. It was a 1986 white Haro Sport with the classic blue & green color scheme. I had all the parts I wanted such as Peregrine 48s chrome rims, Dia Compe Nippon Brakes with Tech 77 locking levers, RL Edge HP 100psi tires, RedlIne RL Osbon Bars, Tioga 44T Compact Disc Spocket and few misc cheap parts holding it together. The only thing I felt I need to complete the bke at the time were a set Redline Fliight 3pc Cranks and Shimano DX pedals, both out of my price range for kid with no real job and buying stuff with an allowance.

To make a long story short, I have always had a love BMX even when riding Mountain Bikes for the past 5. All my bikes had to feel like It did when I rode bmx, For the past 2 years I have been thinking about building a 20" to play on, so for the past year I have been resourcing and collecting parts. I finally built my first BMX bike in 20 years, right now its a work in progess. I still have a few more parts to get and even finish the paint job I have envision in my head.
The bike feels good, so far cant wait till I get it together as I see it.

As you may already heard Apple has dropped the their new must have toy. There has been a lot talk about it months and even years finally its been released for everyone to see. Now people are buzzing whether if they should drop the $600 and switch to Cingular to the hot new phone. Either way I have been a fan of Apple, and I know they wouldnt release it unless it was ready for prime time.

Oh btw, rumor has it the BBR Forum has been added as a special feature, but thats only a rumor….

Here's a spy shot of the newer and lighter pedal from you know who and it will also coming with a redesigned stronger axle for you Monster Huckers out there.